Comments and Observations on the Higher Education Commission of India 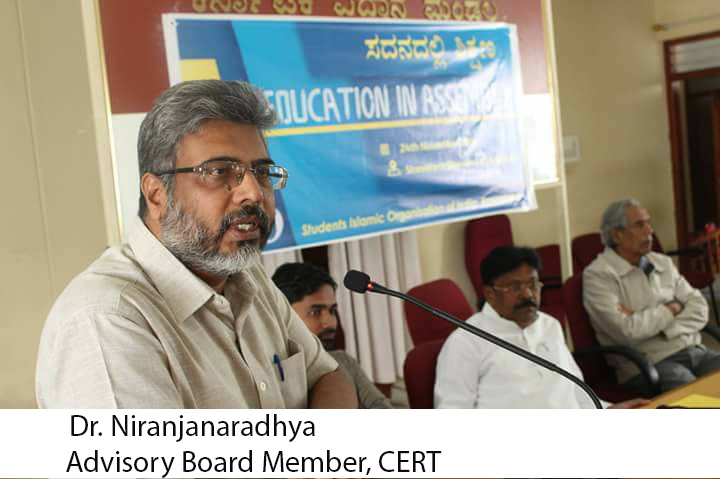 Para 3 of the preamble states that:

People need to know the following:

What is the basis for this? Any intensive review of policy or laws related to UGC to say it is not adequately responding to the changing priorities of Higher Education?

Does changing needs refer to Neo-liberal philosophy of expanding the market for profit by denying opportunities to marginalised  and first generation learners ?

Why are we excluding the deemed universities?

Does it mean APU, PES, Manipal etc. are not under the purview of the proposed Act? Is it an attempt to corporatise and commoditise education   as part of WTO?

1  Before placing the Bill on the floor of parliament , the Centre is in a hurry to provide the status Act to the bill

2  The condition of being under the domination of an outside authority, either human or divine.

3  Epistemology is the theory of knowledge, especially with regard to its methods, validity, and scope, and the distinction between justified belief and opinion.

“Higher Educational Institution” means a University or an institution or a college, affiliated to a university, including the institutions or colleges which have been granted power to award degrees/diplomas by the Commission;

What is the relevance of keeping education in the concurrent list? Entry 25 is the joint jurisdiction of the Centre and the state?

How do we achieve the balance between Centre and State?

The proposed Act  enables the Centre to exercise veto and complete authority on the appointment of  Commission Chairperson, Vice-Chairperson and twelve other members –section 3(3)

The Search –Cum-Selection Committee is an indication of centralization and bureaucratization o0f decision making. It is not a pure academic body to select the Chairperson, Vice-Chairperson and members-3(6)

Providing opportunity for a overseas citizen of India is a big threat for Indian Sovereignty   bound by the Constitution -3(6)b.

The composition of the Commission is disproportionate to the federal polity and clear indication of union supremacy. Hardly 2-3 members may be from states given the eligibility framework –Section 3(8)

This is a very misleading provision where the commission can take major decisions in the absence of members. if the members are the state representatives, there is chance that decision could be taken without hearing the state voice or opinion

What is the definition of quality and quality of academic instruction? Anything questioning the state or opposing any act of the state contrary to fundamental values enshrined in the Constitution may be perceived as deviation from quality instructions and academic standards -15(1)

The notion of „Learning Outcomes‟  questions the basic premises of epistemology4  and reduce education process to input-output process.

The contours of education , learning , research  and the very process of engaging with the construction of knowledge get reduces to “ Learning Outcomes” -15(3)a

All provisions from 15(3)c to 15(3) j provides absolute powers to commission to make unilateral decisions based on the so called powers  to evaluate performance, robust accreditation , order to closure , advise to Central and State government etc., to put checks and balances on the federal states using political affiliations or ideologies . Above all , the powers vested with the commission may lead to arbitrary closure of institutions

The provisions under section 16 provide absolute overriding powers to commission to command obedience; both political as well as authoritative from the higher education institution without much checks and balances. It may finally lead to political obedience from the institutions towards ruling government.

Advisory council headed by HRD Minister may enable the centre to establish its control over the commission. Moreover, the recommendations of  the AC is binding on the commission and shall take steps to implement

Followed by this Section 25 empowers centre to give direction to commission to discharge its functions. What is irony is that the commission shall be guided by such directions. The intent of the proposed  Act is clearly stated in section 24 , 25 and 26

The intent of the proposed Act is clearly stated in section 24, 25 and 26. The

overriding effect, retrospective effect of rules and power to make regulations with prior approval of central government can indicate the direct onslaught of the centre on HEIs of the state and paving way for destroying the autonomy of democratic educations institutions built over in the last 6 decades by the UGC.

The only option left with the academicians, educationists, students and public spirited citizens is to put pressure on the central government to withdraw the Act and to demand a discussion paper for larger public discourse on the nature and scope of Higher Education in the context of building an egalitarian society based on the values embodied in the Constitution

4  Epistemology is the theory of knowledge, especially with regard to its methods, validity, and scope, and the distinction between justified belief and opinion. 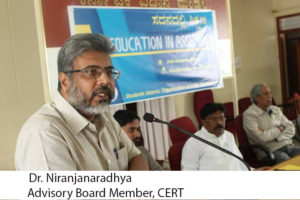