Critical gaps in RTE degrading the spirit of act 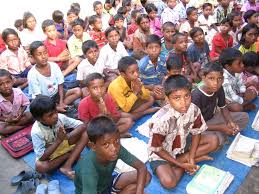 Students Islamic Organisation of India (SIO) Karnataka Chapter for the last three years, by analyzing the debates pertaining to the ups and downs of educational sphere by the peoples Representatives that take place in the state assembly, is persevering to place it before the Government and the general public. This year we started Sansad Mein Shiksha (Education in Parliament). The main objective of these reports is to explore the quality of the questions raised and how successful they are in trying to discuss the core of the problem.

The RTE act is the most substantive declaration of the Government’s commitment towards the education. But the Act has several shortcomings. There are several critical gaps which have damaged the spirit of the act.
Even after the enactment of Right to Education Act, after the lapse of 5 years Government is merely emphasizing about the 25% free seats. In last three years Government has sent around 20, 00000 students to private schools by paying their school fee. This is Government sponsored privatization.

Implementation of other aspects of the Act and awareness among the public is essential. On the training of teachers, in the text and teaching patterns whether the values enshrined in the constitution is included, whether the learning ability and skills among children is really being boosted, whether learning is developed in child friendly and child oriented modes, growth of physical and mental abilities among children should have been discussed when the Right to Education is being debated.

According to the ministry the gross enrolment ratio of children in the 6-14 year age group was 97% in 2013-14 up from 86.8% in 2005-06. The literacy rate has been gone up from 64.84% in 2001 to 72.98% in 2011. But the learning outcome of children is very poor. The Government of India through the NCERT has been conducting National Achievement Surveys (NAS) for class 3, 5, 7/8 to check the learning achievement of students at regular intervals. Survey results of class 3rd have revealed that in language average achievement of students was about 64%. In Mathematics the average achievement was 66%. In language about 65% children were able to listen to the passage with understanding & respond correctly to the question thereon, 86% children were able to look at pictures & match the correct name related to the picture, nearly 59% children were able to answer the question correctly after reading a short story themselves. In Mathematics, 69% children could do 2 digit additions, 65% children were able to subtract 3 digit numbers, 63% were able to do multiplication, 57% students could do division, 59% students were able to find out place value, 66% were able to correctly answer questions on geometrical shapes, 66% could do measurement of time correctly, 77% were able to answer questions on data handling,78% could do correctly on money related questions & 69% could do correctly on patterns. Class 5th survey – In language average achievement of students was about 50%, Mathematics – 54%, in EVS – 54%. Class 8th – In language average achievement of students was about 46%, Mathematics – 32%, Science – 36% & Social Science it was 38%. The achievement of rural students in Mathematics, Science & social science was slightly higher than the urban students1. The literacy rates are lower than the national average in eleven states namely Andhra Pradesh, Arunachal Pradesh, Assam, Bihar, Chhattisgarh, J&K, Jharkhand, Madhya Pradesh, Odisha, Rajasthan & Uttar Pradesh as per census 2011. Female literacy rate in states such as undivided Andhra Pradesh (59.15%), Bihar (51.50%), J&K (56.43%), MP (59.24%), Jharkhand (55.42%), Rajasthan (52.12%) & UP (57.18%) is below 60%. Government must take some serious steps to eradicate illiteracy.

In the Article 30 of the constitution of India the main objective of special rights to the minority communities; to establish educational institutions and to run their administration so as to bring them to the main stream. However, today those having the badge of Minority Institutions don’t fulfill that objective. But their objective has turned commercialization of education.
Under these circumstances Government by keeping these institutions out of RTE has further given free license to carry on the commercialization of education.
Our representatives in Parliament must discuss on this. Let there be a survey of the quality & fees being charged by the Minority Institutions and how many students of Minority community are provided education in those institutions.

According to HRD Ministry the average dropout rate for the primary level was 4.67%, upper primary level was 3.13% & for the secondary level was 14.54% during 2012-13. The highest was in Odisha 49.86% in Secondary level & in Karnataka it was 39.92%, Bihar it was 30.14%. The centrally sponsored scheme of RMSA was launched in 2009 with the objective to enhance access to secondary education by providing a secondary school within a reasonable distance 5 Kilo meters of every habitation & for improving quality of Education imparted at secondary level & removal of gender, socio-economic and disability barriers. The fund sharing pattern between centre & State is 75:25. Except for North – Eastern States for which it is 90:10. Till now 10513 new schools are approved3.   But still dropout rate is high in secondary level in many states. Parliamentarians must debate on this.

There is increasing partiality in educational sphere. Privatization has galloped.  During the past 15 years the number of private institutions has multiplied.  Near about 60 to 65 % higher secondary schools are under private control.  Similarly 65-70 % pre-university colleges are being run by private managements. The enrolment in private schools is increasing every year in 2006 the percentage of 6-14 age group children enrolment in private schools in rural areas was around 18.7% & it was 30.8% in 2014. According to the ASER report in Haryana 53.6%, Uttarpradesh – 52.8% & in Punjab 49.3% STD 1-8 students goes to private schools.

Educational sphere promotes the social inequality. To eradicate the social inequality Common Schools must be established. In Gram Panchayat and ward levels model schools are to be established. There ought to be a policy implementation of all the children compulsorily pursuing education in those surroundings. Linking education & the rampant discriminatory practices and inequities, there is no denying of the fact that the problem lies at the core foundations & vision of the schooling system itself. Ranging from bottom to top are the municipality schools for the poor children: the central schools for central govt. employees, Private schools for rich & elite section of the society. A genuine attempt must be made at common & equal distribution otherwise the goal of equity in access & opportunity will remain unrealized (Sukhadeo Thorat).

Mother tongue should be the medium of instruction all through the school, but certainly in the primary school. Many studies have shown that children who study through the mother tongue medium do not suffer any disadvantage, linguistic or scholastic, when they compete with their English medium counterparts. The mother tongue as a medium of instruction can eliminate the linguistic & cultural gaps caused by the difference between school language & home language. A smooth transition from home language to school language in terms of discourse can be ensured if the mother tongue is the medium of instruction. The NCERT in its 1986 report recommends that the medium of early education should be the mother tongue of the learners because it enables people to participate in national reconstruction, it frees knowledge from the pressures of limited elites, it builds interactive & interdependent societies, it provides greater opportunity for the advice & consent of a great number of groups & thus is a better defence of democracy, it leads to the decentralization of information & ensures free as opposed to controlled media & it gives greater access to education & personal development through greater number of people4.

The gross enrolment ratio (GER) in higher education was 19.4% in 2010 -11 has reached a level of 20.4% as per provisional report of All India Survey on Education. In absolute terms, enrolment in Higher Education has increased from 2.74 crore in 2010-11 to 2.86 crore in 2011-12. But 12th Five Year Plan aims to raise the country’s GER to 25.2% by 2017-18 & to reach the target of 30 by 2020-21. Minister said Government will reach this target through Rashtriya Uchchatar Shiksha Abhiyan (RUSA) which aims to achieve equity, access and excellence in higher education through assistance to state universities. The fall in ratio in higher education is mainly apart from the economic reasons, the non-availability of colleges also remains the principal reason says Knowledge Commission in its report;  there is a necessity of establishing government colleges having degree and post-graduate courses at Taluk & District levels closer to the students. In Graduation and post-graduate syllabi there is a necessity of inclusion of self employment promotions. So, the Government should assist the state Governments in establishing Higher Education Centers in each and every District Headquarters.

Deficiency of Doctors, on the increase of Medical seats and the debates on establishing new medical colleges continues. But this problem will be solved only when the State Govt. run public universities open Medical branches. Government must close Medical council of India & bring all the Medical Colleges under State Govt. run public universities. Regulation of fees in private colleges and there ought to be simplification of procedures in securing medical & engineering seats. Our representatives must discuss on the implementation of legislation ensuring no more commercialization in these sectors.

Govt. allocated Rs. 100 crore to Madrasas through the Scheme for Providing Quality Education in Madrasas (SPQEM) to encourage Madrasas & Maktabs to introduce science, mathematics, social science, Hindi & English in their curriculum. The scheme aims at providing Madrasa students education comparable with National Standards, for which affiliation with the NIOS is integral to the scheme. The scheme is a voluntary one; Madrasas have the choice to opt for the scheme. But the Madrasa students are not able to continue their education in Universities except some of the central universities. Because there is no provision to admit Madrasa background students in State Govt. run Public Universities & no Arabic or Islamic Studies departments.  Arabic Chair has to be opened in all the State Govt. run Public Universities. All the Universities should commence undergraduate & post graduate courses in Arabic. As Arabic attains prominence even in terms of the geo- political situation of Middle Eastern & African Countries including all Muslim Countries, The Government must make provision to include Arabic in language selection at intermediate & University level education. Madrasa students must be made eligible to join these courses.